Welcome to the 2020.1 version of getting started with computer vision on Vitis on Zynq. The release of 2020.1 saw significant changes from the old 2019.2 version and we thought it would be useful to update this tutorial to reflect the newer version. In this tutorial we will be covering the basics of software development flow on FPGAs and show how much faster Vitis development is compared to more traditional hardware development with a basic “Hello World” example. This tutorial will be a multi-part series covering the basics of getting started with computer vision and Vitis. We will be covering:

We hope these tutorials will be useful for anyone looking to get into computer vision on FPGAs.

In our previous tutorials, we looked at quickly building the Vector Addition example and then running it on the board. When we want to design something of our own though, we do not want to be constantly building for hardware, which is slow. In traditional Register Transfer Level (RTL) design where we use languages such as Verilog, System Verilog, VHDL, hardware engineers had to constantly build from scratch. It took awhile to build a simple vector addition, enough time to make a coffee. If we had a more complex design, a build could easily take a few hours and we would have enough time to make coffee for the entire office. One of the benefits of developing using Vitis and C-based development flow is that we can check functionality through software emulation, which is an order of magnitude times faster than hardware emulation or running on the system. Once we have the desired functionality, we can then perform hardware emulation to optimise our design in terms of performance and resource usage. Finally, we run the system on the board itself for both functional verification and for in-the-field testing. Running the system on the board allows us to process data far more efficiently, allowing us to check that our system is working for larger amounts of data than emulation can handle.

Hardware mode provides us with the files we need to run the system on our embedded platform. The host code runs on the ARM processors and the kernels are placed onto the FPGA fabric. This effectively creates the ‘release’ version of our system, enabling us to perform in the field testing. Since hardware runs orders of magnitudes faster than both software and hardware emulation, it can also allow us to perform tests with far larger amounts of data than what is possible in hardware or software emulation. For instance, software emulation may struggle to run a single HD image, but using FPGAs it is possible to process 4K video.

Since we are using UBuntu, before we launch Vitis in our terminal we need to set the Libary_Path

To show the differences between the three build modes, we need code that contains both host and kernel code. Vitis provides us with an example program that performs vector addition, so we will use that. Let us begin with a new application program:

Now that we have modified the code we need to ensure it is functionally correct: 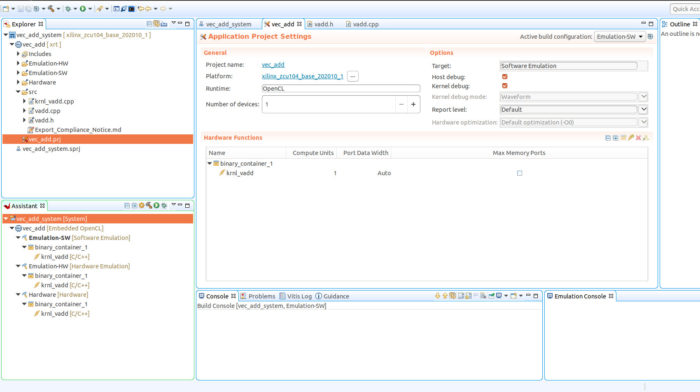 Since our code now works in Software Emulation, we should see what the performance and resource usage is through Hardware Emulation as well as testing the functionality. 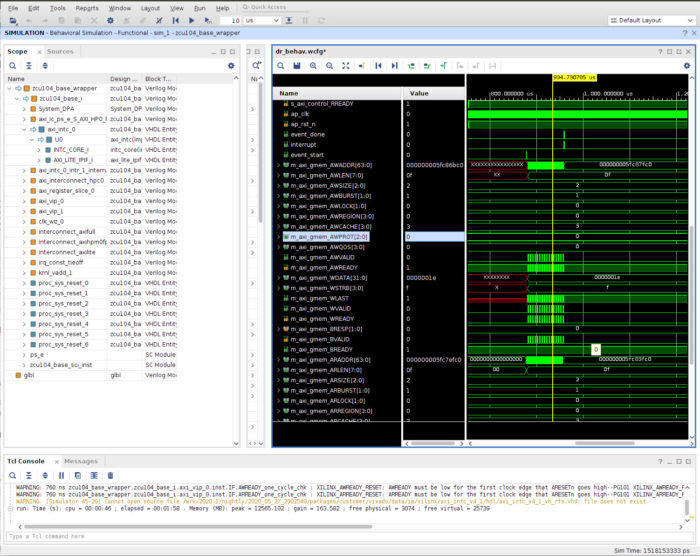 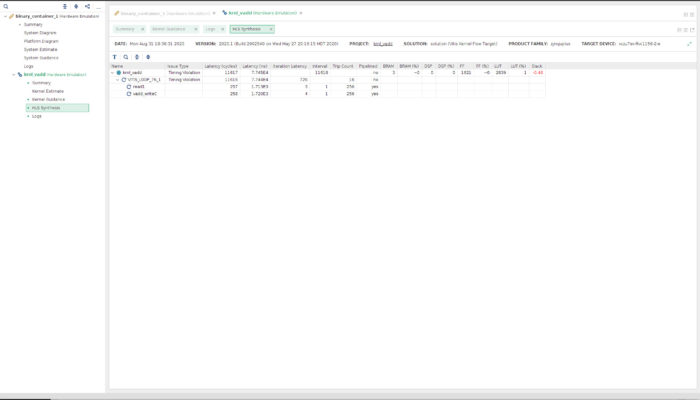 Now we have finished software emulation and hardware emulation, the last thing we need to do is verify that our tool works

In this tutorial we have shown how C-based software development flows can make development of hardware far more efficient. Instead of needing to use RTL where designing, simulating and debugging is very slow, we can use the Vitis Development Environment. Software emulation allows us to quickly verify the functionality of our code, whilst hardware emulation can provide us with the information needed to optimise our kernels as well as check for any functional differences. Finally we can run our code on hardware to verify the functionality of our system and also test using far larger amounts of code. Next time, we will begin exploring using computer vision through running OpenCV on our system.